I love that I get to share Brad Nelson’s voice again. I introduced Brad this past February when he shared a gutsy post about how embracing our fear can lead us to freedom. Brad is not an adoptive parent, nor an adoptee, but…he’s been a friend whose heard the heart of those who have been relinquished, and has listened. Truly listened. He’s someone who has allowed himself and his story to be joined with the heart and story of those around him. His understanding and insight and perspective on adoption is encouraging and affirming and hopeful to me, and I trust that you’ll feel the same way. 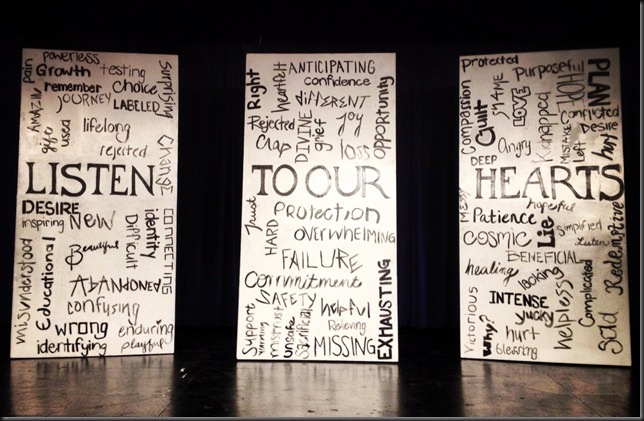 I cannot begin to imagine the complexity that an adopted child must face. Humans are so deeply formed by the faces of their parents in the earliest days of life. So much of who I am today is shaped by the fact that as a child when I opened my eyes to see as far as they could see there was a face looking back. Imagine for a moment the silence of a child looking into the abyss of absence. I suppose the silence and the absence of that moment lingers in a life.

Unfortunately, the word adoption gets thrown around this time of year in ways that rob it of its depth. Well meaning people speak of adopting a family for Thanksgiving or Christmas, but adoption is about so much more than helping someone or even coming to their rescue.

Others have spoken of adoption in terms of being a “voice for the voiceless,” which is understandable. The Bible has a long tradition of identifying widows and orphans as some of the most vulnerable people in the community. Their vulnerability came from the fact that there was no one in a position of power or means to care for them. And yet, I am regularly blown away by a child’s capacity to heal, and as I hear these stories of healing, I’m overwhelmed with the sense that here is a person who does have a voice. Sure, as vulnerable children they may have lacked the “power” to change their situation, but they certainly aren’t voiceless. They have a story to tell, and maybe instead of thinking of adoption as being a voice for their voicelessness it would be more fitting to think of it as the sacred process of seeing in a child what is already there. A voice. A story waiting to be told. A life that is worth being chosen.

“For he chose us in him before the creation of the world to be holy and blameless in his sight. In love, he predestined us to be adopted as his sons and daughters through Jesus Christ, in accordance with his pleasure and will…” (Ephesians 1v4-5)

This passage from the New Testament is more than a cute coincidence. In the 1st Century, outside of Rome, Ephesus was one of the wealthiest cities on earth. Its wealth came, in large part, from its thriving slave trade. Ephesus was also the hometown of a well known doctor named Soranus. He went on to practice medicine in Rome, but one of his surviving writings deals with “how to recognize the child worth rearing.” Any deformity or abnormality might lead to the child being rejected and subjected to the Roman practice of infant exposure, literally being abandoned and exposed to the elements. Some children were picked up by families and used as slaves.

Now imagine Ephesus. A bustling metropolis. A thriving slave trade. And a community of people called Christians who had received an open letter from a man named Paul. That letter would have been read aloud, probably in someone’s home where Christians and their households had gathered. It’s quite possible that some of those hearing Paul’s words were the very same children who had been abandoned or exposed and had become slaves. Can you imagine what it must have been like for them to hear those words?

He chose you before the creation of the world.

You were predestined to be adopted as sons and daughters.

In accordance with his pleasure.

Eugene Peterson writes, “It wasn’t a last-minute thing because he felt sorry for us and no one else would have us, like a stray mutt at the dog pound, or an orphan whom nobody adopted. He chose us ‘before the foundation of the world.’ We are in on the action, long before we have any idea that we are in on the action. We are cosmic.”

If you are reminded of anything during National Adoption Month, be reminded of this: Those who have been adopted have been chosen, wished for, and desired. They are the beloved. They are a story that has been being written from the moment the world was a spark in the eye of the Creator.

I, for one, cannot wait to hear their voices finish telling the stories that began so long ago. 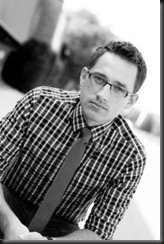 Brad is the pastor of formation at Church of Hope, Florida. A speaker, writer, and student at Western Theological Seminary (MDiv), he and his wife Trisha are the proud parents of two beautiful daughters, Braylen and Clara. You can hear more of Brad’s voice at http://www.bleedingoutloud.com